Rian is from Van Wert, Ohio, where he was a “Graduate of Distinction” at Van Wert High School. He is the son of Deborah and Richard Ford and the late Terry Rainey. Rian is a graduate of The Ohio State University with a degree in computer science, engineering, and entrepreneurship.

He was named Ohio State’s “Outstanding First Year Student” and “Outstanding Greek New Member.” He served as his fraternity’s vice president for communications and senior marshal for judicial affairs. He was selected to study at the Ruck Leadership Institute in Richmond, Virginia. He completed a study abroad experience at Nantes Ecole de Management in Nantes, France. He completed internships with ABB, Inc., in Cleveland, Ohio; Apple, Inc., in California; and QStart Labs, in Columbus, Ohio.

Rian works as an Engineering Manager at BetterUp. His previous employment includes software engineer at CoverMyMeds, and a web engineer at Buckeye Interactive in Columbus, Ohio,  a senior developer at CentreSource in Nashville, and a system integration analyst at Accenture in Birmingham, Alabama. He and his wife, Maryann reside in Columbus, Ohio. They have a son, August. 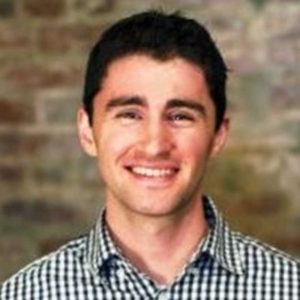