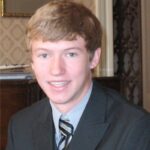 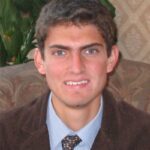 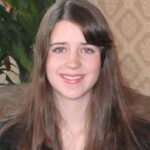 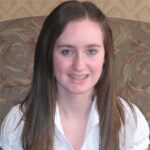 The NISWONGER FOUNDATION, formed by businessman and philanthropist Scott M. Niswonger, has selected five high school seniors to join the Niswonger Scholars program. Currently, there are 22 Niswonger Scholars, with the new Scholars bringing the total to 27. The Foundation also has 32 alumni of the program.

NISWONGER SCHOLARS are chosen primarily for their leadership potential and commitment to the betterment of themselves and their home communities. Niswonger Scholars are not limited to a particular college or area of study. They are required to participate in leadership development activities and encouraged to pursue internships and study abroad. Most importantly, they commit to return to Northeast Tennessee for at least one year of service in the career of their choice for each year they receive scholarship support. The hope is that by enabling these students to pursue their academic passions and by cultivating their leadership abilities, they will return to their homes to be leaders in their professions and a catalyst for future change.

JORDAN FRYE is a student at Sullivan East High School where she has maintained a 4.0 GPA and ranks first in her class. She serves as Student Council president, Art Club president, Key Club president and senior class president. She is also a member of the National Honor Society, Beta Club, Eco Club, French Club and serves as captain of the National Forensics League. Her honors include Hugh O’Brian Youth Leadership Ambassador, Bristol Public Library Worldview Scholar and Tennessee/Virginia Scholar. Jordan is the daughter of Paul and Gena Frye of Piney Flats.

LILLIE SEAL attends Hancock County High School where she is a member of Student Council, dance team and softball team. She chairs the school’s social committee. Lillie served as an American Youth Soccer Organization (AYSO) volunteer soccer referee. She is a 4-H Honor Roll member and received a scholarship as 4-H Dairy Products Judging Tennessee State Champion. Lillie is the daughter of Mark and Diane Seal of Sneedville.

MICHAEL “ALEX” SMYTH is a student at West Greene High School with a cumulative GPA of 4.0 and ranks 1st in his class. He serves as vice president of his senior class and was named Student Representative on the Greene County School Board. He was named Who’s Who among American High School Students and is a Tennessee Scholar. Alex participated in Student Congress on Policies in Education and National Children of the Earth (COE) Youth Leadership Congress where he was named Master of Ceremonies. Alex is the son of Mike and Michele Smyth of Mosheim.

CHRISTOPHER STEADMAN is a student at Dobyns-Bennett High School. He received the Rotary National Outstanding Student award. He lettered on the football and wrestling teams.  He is a member of the Beta Club. He is also a member of Boy Scouts of America and is pursuing Eagle Scout rank. He is a Tennessee/Virginia Scholar and a member of the National Honor Society. Christopher is the son of Steven and Mary Steadman of Blountville.

The Niswonger Foundation’s mission is “To create opportunities for individual and community growth through education.” The Foundation’s primary programs are the Scholarship and Leadership Training Program, and the School Partnership Program.