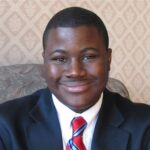 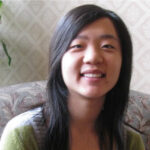 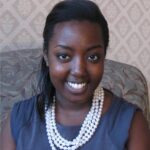 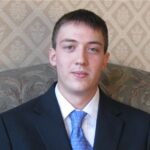 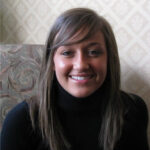 The NISWONGER FOUNDATION, formed by Landair and Forward Air Founder, Scott M. Niswonger, has selected five high school seniors to join its scholarship and leadership training program. Currently, there are 31 Niswonger Scholars, with the new scholars bringing the total to 36. The Foundation also has twenty one alumni of the program.

NISWONGER SCHOLARS are chosen primarily for their leadership potential and commitment to the betterment of themselves and their home communities. Niswonger Scholars are not limited to a particular college or area of study. They are required to participate in leadership development activities and encouraged to pursue internships and study abroad. Most importantly, they commit to return to Northeast Tennessee for at least one year of service in the career of their choice for each year they receive scholarship support. The hope is that by enabling these students to pursue their academic passions and by cultivating their leadership abilities, they will return to Northeast Tennessee to become leaders in their professions and communities.

ALEX CROGHAN is a student at David Crockett High School where he has distinguished himself by serving as president of the Spanish Club, vice president of the Drama Club and editor of the school newspaper. Alex is also a member of the cross country team, Beta Club, and attended the Tennessee Governor’s School for Chemistry. He is the son of Jerry and Laura Croghan of Limestone.

MARION MICHIEKA is a student at Science Hill High School where she is a member of the Chamber Chorus, Science Club and Mu Alpha Theta honor society. She also serves as the Beta Club community service committee chairperson, editor of the school newspaper, vice president of the Spanish Club, and Student Government Association representative. She has received the Science Hill High School Outstanding Leadership Award for the last three years. Marion is the daughter of Edward and Martha Michieka of Johnson City.

YAYING WANG attends Greeneville High School where she serves as a Cadet Captain in ROTC and president of Kitty Hawk National Air Society. She is also a member of the ROTC color guard, the Key Club and the National Honor Society. Yaying is the daughter of Yuyan Liu of Greeneville.

SCOTT WHITE is a student at Science Hill High School where he is a member of the Beta Club, and Chairman of the Boys to Men community service group. He served as treasurer of the Future Business Leaders of America and participated in the Regional Business Competition where he placed 3rd in Business Law. Scott is the grandson of Wesley Sayers of Johnson City.

GRACE WILLIAMS is a student at Tennessee High School where she ranks 1st in her class. She has served three years as president of the Student Council, vice president of the Anchor Club, youth leader for the Principal’s Student Advisory Board, and a National Presidential Youth Scholar. Grace is the daughter of Doug and Amy Williams of Bristol.