Nathaniel “Trey” Dodson is the son of Mary Dodson. He graduated with high honors from Jefferson County High School, where he served as president of both the senior class and the National Honor Society. He was an officer in the National Technical Honor Society, co-president of Fellowship of Christian Athletes, and captain of the football and track teams. He was a member of the basketball team, DECA, FBLA, Key Club, Beta Club, and the LINK staff. He received the AHERN African American Student of the Year award, Jefferson County High School Junior and Senior Student of the Year, the Carver G. Woodson Memorial Award, and was a Wendy’s Heisman state finalist. Trey helped with the preservation of African American culture in Jefferson County through various projects including “Nelson Merry Makeover” and “Stories in Stones.”

Trey is a graduate of Vanderbilt University. While at Vanderbilt, he was a member of the Black Student Alliance and president of Project I Am. He was President and founder of “Kenya Dig It?” organization. Trey traveled to Kenya to lecture to the all girls boarding school that is funded by social businesses. He received the WAVE award for Diversity Awareness and the John T. and Lizzie Allen Upper-Class McGill award. He completed summer internships for the Nashville Chamber of Commerce as a marketing consultant for the education department, Huron Consulting Group in Chicago, IL, and Deloitte in San Francisco. He participated in the Vanderbilt Maymester Program in Switzerland. He completed his senior capstone internship in London with MediaXchange.

Trey is employed as a Human Capital Senior Consultant at Deloitte, in Dallas, Texas. He is currently attending Stanford’s Graduate School of Business on a full scholarship through Deloitte’s Graduate School Assistance Program (GSAP). He is being afforded the opportunity by Deloitte to attend classes full time for the two years he will be on the Stanford campus. 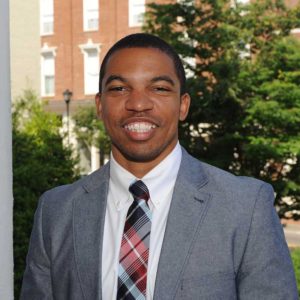