At the University of Alabama, Ian was initiated into Phi Beta Kappa honorary and was named a fellow in the prestigious Blackburn Institute.  He served as an SGA Senator and as SGA Communications Director and was president of the UA College Democrats.  He completed internships with the Democratic Senatorial Campaign Committee (DSCC) in Washington, D. C., and the Regional Alliance for Economic Development (TN/VA).  He studied abroad in Brussels, Belgium, where he focused on international alliances and the European court system.

Ian has more than a decade of experience in political communications, from Capitol Hill to presidential Campaigns to the White House.  He was National Press Secretary for then – U.S. Senator Tim Kaine’s re-election campaign in Virginia in 2018 and for former Congressman Tom Perriello’s primary campaign for governor of Virginia in 2017.  He was one of the earliest communications hires on Hillary Clinton’s presidential campaign in 2016, ultimately serving as a regional communications director in the general election.  Previously, he was a regional press secretary at the Democratic National Committee in Washington, D. C. and press secretary for U.S. Senator Tom Carper of Delaware.  When President Biden took office in 2021, Ian joined the administration’s COVID-19 response team, as Deputy Assistant HHS Secretary for Public Affairs, managing all communications on the COVID response for HHS, which oversees the CDC, FDA, NIH and other health agencies.

Ian now serves as Special Assistant to the President and Senior Advisor in the White House Counsel’s office, where he is a White House spokesman and manages public affairs, communications, and press on oversight issues and investigations, including the January 6th investigation.  He resides in Washington, D. C. with his wife, CadeAnn. 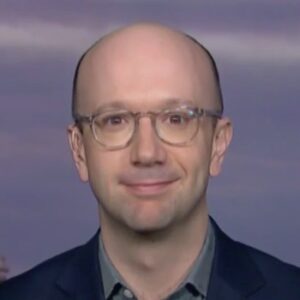